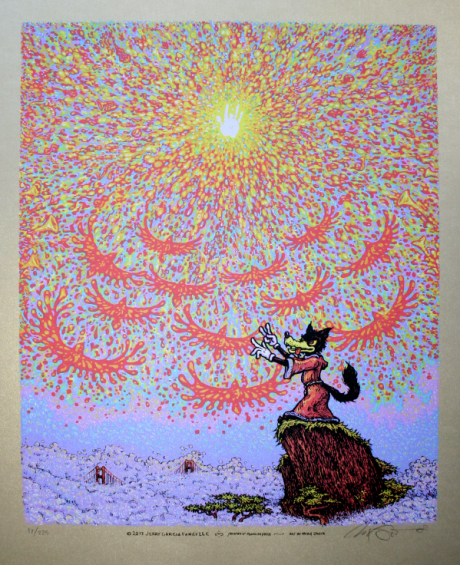 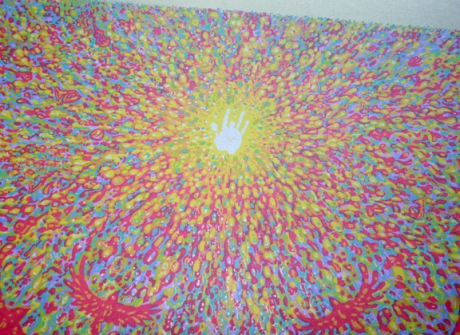 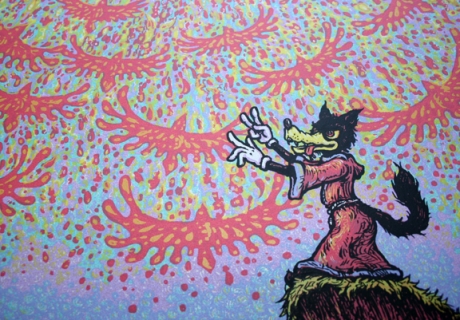 The Wolf’s Symphony is a new screen print of the artwork that was originally created for the Jerry Garcia Symphonic shows in San Francisco this summer. The wolf character in the image is representative of Jerry’s “Wolf” guitar that was played by Warren Haynes at these concerts. The original poster was 18″ x 24″ with an edition of 500 that sold out at the event. Since most people that weren’t at the SF shows were not able to obtain this artwork, we are now offering this smaller version of the art without the gig info.

Here’s the scoop:
“Wolf’s Symphony”, 14″ x 18″ 6 color screen print on metallic gold paper. Signed and numbered edition of 225.
Price will be $60 plus shipping.
The Jerry Garcia Family will donate their share of the proceeds to the Rex Foundation.

These prints will go on sale in the Spusta Shop on Mardi Gras (Tues. 3/4/14) sometime after 2pm pst. There will also be a few variants released, so stay tuned for those.

30 thoughts on “The Wolf’s Symphony”

Mugs! We made a small batch of these Lift Off mugs

Ya never know what extra friends are jumping in a